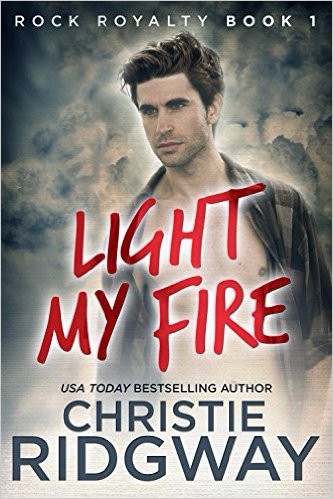 The children of America’s premier rock band learned early to sleep through anything. Late night jam sessions, liquor (and worse) -fueled arguments, raucous parties raging from dark to dawn that were peppered with wild laughter, breaking glass, and the squishy thud of fists against skin. At twenty-four, Cilla Maddox had not lost that skill, though she’d recently come to view it as something less than a gift.

Still, she didn’t stir from her curled position on the edge of the king-sized bed when a tall, broad figure entered the room in the middle of the night. No streetlights disturbed the darkness this deep in Laurel Canyon and the newcomer found the bed only by deduction. When, at his sixth cautious step, his shin met an immoveable object, he dropped the motorcycle boots and duffel bag he carried to the plush carpet and took a leap of faith by tipping his long body forward. Finding firm mattress and feathery pillow, he instantly fell into sleep.

Hours later, Cilla came awake to the sound of birds tweeting and chirping their odes to another Southern California morning as they flitted through the shrubbery and tall eucalyptus trees that grew inside and outside the canyon compound where she’d grown up. Eyes closed, she breathed in the country-scented air, such a surprise when the famous Hollywood Boulevard and its twin in notoriety, the Sunset Strip, were less than a mile away. Flopping to her back, she stretched to her full five-feet, five inches. Then she pushed her arms overhead and swept them back down until her fingertips met—

On a gasp, her eyes flew open and her head whipped right. She yanked her hand from a man’s heavy shoulder to press it against her thrashing heart.

As it continued to beat wildly against her ribs, she stared at her bedmate. Though his body was plastered to the mattress belly-down, his face was turned toward hers and it only took another instant to realize he was no stranger. But recognition didn’t calm the overactive organ in her chest that continued sending blood sprinting through her body.

She blinked, just to make sure her eyes weren’t deceiving her. They apparently had told the truth, she decided. After years of adolescent fantasies, she was actually sharing a bed with him. With Renford Colson.

No mistake, it was her teenage fantasy man. His glossy black hair that tangled nearly to his shoulders. His days’-old stubble of beard that made his mouth look softer, fuller, more kissable if that was even possible. Those were his spiky lashes resting against his sharp-angled face.

As if he heard the silent syllable, his eyes flipped open.

She started, their distinctive color—a silvered green, just like eucalyptus leaves—jolting her to the marrow.

Dark brows met over his straight nose and she watched the drowsiness seep from him as his gaze sharpened. “Priss?”

She frowned. He was the only one to call her that nickname and it had annoyed her since she was old enough to understand it telegraphed something about the way he viewed her. “Excessively proper,” she remembered reading in the dictionary. “Prim.”

“Cilla.” Her voice sounded morning-husky as she made the correction.

One corner of his mouth kicked up. “Priscilla.”

“Why are you here?” she asked, sitting up.

His gaze dropped from her face to the size XL T-shirt she wore, an authentic Byrds concert souvenir, one of the several such clothing items she’d collected (read: purloined from her careless father) during her lifetime. “Priss,” Ren remarked with a note of mild surprise, “you’ve grown up.”

Grown-ups didn’t react to the red flush they could feel crawling over their skin. Grown-ups didn’t check out their chest to determine if it was a modest B-cup that led him to such a conclusion. So ignoring both compulsions, she repeated her question. “Why are you here?”

“Couple reasons.” Ren flipped over then jackknifed on the mattress to face her. Both palms rubbed over his eyes and down his cheeks, his beard making a scratchy sound. He’d fallen asleep in his worn jeans and wrinkled dress shirt. On the floor near him were a pair of battered boots and a leather bag, both as black as his hair. His hands went to the buttons marching down his chest.

She swallowed. “What are you doing?”

“I’ve been wearing this damn thing for—Christ, who knows?—it’s got to be a couple of days. However long it took me to get here from Russia with a fucking long layover in Paris.”

Her gaze didn’t leave his nimble fingers as they continued unbuttoning to reveal a stark white undershirt beneath. “You didn’t stop off in London?” That was where he was based. Ren had started as a roadie for the band, then moved into concert tour planning and security. When he’d left the employ of the Velvet Lemons, he’d set up shop across the pond and continued doing the same thing—but for other bands[C1] [KF2] .

Cilla couldn’t blame him for giving up working with their fathers. The three Lemons might as well have been named the Odd Ducks. They’d achieved superstardom ­­­­­­in the 1970s and when they were nearing forty, somehow decided they wanted more than sex, riches, and scandalous reputations. Each had produced three kids before declaring their paternal urges satisfied. No mothers came attached to the children they’d fathered. They’d been bought off or wandered off and as long as Cilla could remember the nine rock progeny had spent their childhoods in the expansive Laurel Canyon compound that consisted of three separate houses and then this smaller cottage where she and Ren had chosen to sleep.

Inspecting the hand-tied quilt covering the bed, Cilla ran her fingers over the psychedelic-inspired design. “You know about Gwen?” she asked, referring to Guinevere Moon, an original Velvet Lemons groupie who’d been the closest to a mother figure the band’s offspring ever had. This had been her house.

“Of course,” Ren replied. “I couldn’t get here for the memorial service, but I came as soon as I was able to make arrangements for my replacement.”

As head fixer for some other band’s tour, Cilla supposed. “Her real name was Donna Carp,” she said, her heart squeezing to think that the spiral-curled, caftan-wearing gentle soul was now gone. “Gwen’s, that is.”

There was a short silence, then Ren laughed. “Baby, you didn’t think she really had Guinevere Moon on her birth certificate?”

Mortification spread heat over Cilla’s face once more. Okay, so she had. “Thanks for thinking I’m a fool,” she said, glancing up to glare at him.

The spit in her mouth dried.

Ren had tossed his shirt over the side of the bed and then stripped free of the undershirt he’d worn too. Beneath that…

He was cut. Ripped. His abs were perfectly defined above the waistband of his jeans. His pecs were slabs of thick muscle that drew the eye to broad shoulders that led to arms that were sinew, bone, and more muscle. Over his left pectoral began a primitive-yet-elegant tribal tattoo that swirled in black ink over the cap of his shoulder to reach as far as his elbow. Though most of his forearm was unmarked, on his wrist was a lone, stylized half-curve. She stared at it and then his long fingers, unwilling to let her gaze wander back to that beautiful chest.

She’d been fifteen when she’d last seen him. He’d been twenty-two. Then, she’d only dreamed of his kisses, chaste kisses at that, and hadn’t wondered about his body or his hands or what he could do to a woman with them.

It was what consumed her thoughts now.

That, and how they were sharing a bed.