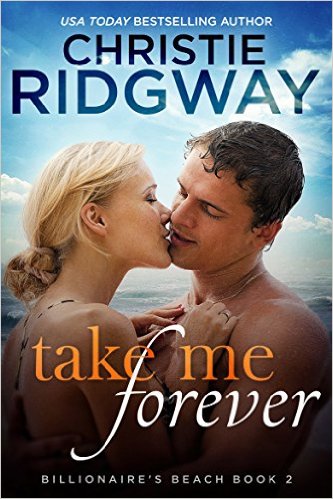 Love is like war; easy to begin but very hard to stop.

Driving from the shop by the beach to her home in the Malibu hills, Juliet Weston peered through the deepening dusk and weighed the merits of bathing in Super Glue. A dab would repair a fingernail. She’d read a line of the stuff could close a wound. What she faced was more dire, however. Would immersion in a tub of maximum-hold adhesive keep her from fracturing into a thousand little pieces?

She needed her protective shell. It kept her emotions contained and it kept away the rest of the world. But the jarring information she’d been told twenty minutes before had tapped her surface, a single hammer blow to porcelain, and she sensed the cracks in her control.

She arrived home to find her foyer shadowy, her kitchen just as dark, but she didn’t flip a single switch. Bright lights, a deep breath—who knew what might trigger the ruin of what had held her together for the last eleven months?

With slow, careful steps, she made her way across the terra-cotta tiles in the kitchen, her gaze brushing the butcher-block island, the whitewashed cabinets, the gleaming sink, to land on the window overlooking the flagstone deck and the pool that stood between her and the guesthouse. From there she took in the stretch of Pacific Ocean that was her western view.

It was an incredible vista, worth every penny she’d paid for the place, and though she’d lived here a week, its beauty wasn’t sinking in, any more than the news she’d been told at the yarn shop by the beach. That was the downside of her shell—it kept her distant from the good as well as from the bad.

“Who am I?” she said out loud, and at the same instant she voiced the question, a light flashed on outside. Startled, she jerked, stumbling back so she had to catch herself from falling by slamming her hand onto the butcher block.

Some idiot had left a knife there, a small one that the same idiot—Juliet herself—had used to cut up an apple earlier in the day.

It cut her now. Without thinking, she lifted her forefinger to her mouth, her attention shifting out the window again.

The pool lights were glowing, turning what had been dark waters into a tranquil, turquoise lagoon, a lovely contrast to the now-descended night. This time, the beautiful sight struck her, a second hammer blow.

And then the surface rippled, the lagoon was invaded, the tranquility shattered.

A man was in Juliet Weston’s pool.

Her finger was still bleeding. The blood was salty on her tongue, giving an earthy flavor to a further realization.

A nude man was in her pool.

She should turn away. At least shut her eyes.

Instead, she found herself staring at the naked, novel sight.

Against the turquoise light his figure was a dark silhouette with an aquamarine outline running along the edges of his body like veins of neon light. He was tall and lean, his shoulders wide. He had strong arms that reached out as if to gather life closer to himself with each stroke.

He swam away from her, and as his long legs fluttered with lazy kicks, she detected the shift of muscles in his rounded buttocks, the muscles tightening to create a scoop on the right, then a scoop on the left. She watched, fascinated at how every movement, how every line of that big body exuded power. And sex.

Embarrassment flooded Juliet’s face with heat, but something was burning inside her, too, burning so hot that the blast of heat was the final blow to her compromised defenses. As her gaze stayed focused on that masculine specimen of sinew and skin, her shell crumbled, the pieces flaming as they fell to land as ashes at her feet. Her flesh was left behind, still clothed, but hypersensitive to the gentle scrape of fabric against its surface. It left her hyper-aware of that swimming man, turning now.

Coming toward her. Inexorable. Inevitable.

Climbing the steps, climbing out of the pool, his all-male nakedness part threat, part magnet.

His right foot breached the deck. His left.

Her heart expanded, pressing against her chest wall. Get back! her instincts screamed. Get away!

Air rushed out of her lungs. She leaped in retreat, even as she knew he couldn’t see her through the darkened windows. Her hips crashed into the square butcher-block table, shoving it along the terra-cotta pavers with a piercing screech. The knife clattered to the floor, followed by the shallow wooden bowl that held the rest of the ripe, red fruit.

Apples rolled unevenly along the floor, mimicking the jerky beat of her heart.

One darting glance showed that the dark figure had frozen, but then it thawed in an instant and made a dash for the kitchen door. The too-flimsy door that was the only thing keeping them apart.

It was wrenched open. The overhead light blazed on.

Juliet resisted the urge to hide from him. What good would it do?

She kept her focus steady on his face, not glancing down, not letting him realize that she realized that his big male body was dripping on her floor. His big, dripping, naked male body.

He didn’t acknowledge his nakedness either. Instead, he stared, his gaze running over her. She felt it like a hand, his hands, big like he was, strong and sinewy. She hadn’t felt anything in so, so long. Goose bumps rose in the wake of that imaginary touch and her breasts tingled inside her bra as again her face burned.

“You’re hurt.” His voice was rough but he reached toward her slowly, one of those hands lifting in her direction, heavy veins standing out on the back of it. The dark hairs of his forearm were plastered against his tanned skin and drops of water still moved along his muscles like a man sweating after hard work…or after making hard, satisfying love.

Forgetting her cut, she put her hands over her eyes, appalled by the direction of her thoughts. Shocked by the heat of a flush on the back of her neck, by her swelling breasts, by the sensitive pinpricks that rose on the flesh of her inner thighs.

The air in the room shifted, so she supposed he was moving, but for a man so big, he was graceful and silent. She’d never noticed that about him before.

Honey. When was the last time a man had murmured an endearment to her? This man had never. This man must be rocked to the soles of his size twelve feet—God, somehow she’d even noticed his feet and made a determination of their size!—if he was talking to her like that.

And touching her like this. Because he was peeling away one of her hands. The hurt one. Like a coward, she only squeezed her revealed eye tighter shut.

You. Me. She had no idea which was more accurate. But she did know she couldn’t keep pretending she wasn’t standing in her kitchen with a naked man.

Her heart still whomping inside her chest, she opened her eyes. Oh. Not naked. Not naked any longer.

He was staring down at her, a line between his black brows and concern in his blue eyes. Around his neck was the strap of a butcher-style apron. It was printed with green vines and red roses. It barely covered the flesh between his dark nipples and its ruffled hem hit him at mid-thigh.

She remembered buying it at one of the boutiques in the Malibu Country Mart, thinking it would look cheerful hanging in her kitchen. Wrapped around him, it should have looked ridiculous. The sight should have made her smile, if not out-and-out laugh. Instead, she could only think that on the other side of the apron he was—no, don’t go there.

Too late. His first-class buttocks were back in her memory, that vision of him as he churned, naked, through the water. His muscles flexing, creating a tantalizing scoop on the right, scoop on the left.

“Oh, God.” She put her free hand to her forehead.

One corner of his mouth ticked up. “I know, I know. I’d be ready to thank the Lord, too, if someone presented me with such primo blackmail material. If I let you take a picture, will you tell me what’s going on?”

“I have absolutely no idea what’s going on,” she answered, with all honesty. Her voice came out a little rusty, and his fingers tightened on hers, like a brief embrace. “Not beyond the fact that there’s a man dressed like Rachel Ray in my kitchen.”

One of his eyebrows winged up. “So she’s the one they call ‘The Naked Chef?’ ”

“No.” She rubbed her forehead again. “No. It’s…oh, it’s all so complicated.” So completely unexpected.

“Not so bad. Nothing we can’t fix with a Band-Aid.” He was looking at her cut hand again. While all she could think of was that what really needed fixing wasn’t going to be helped by any item stored in her medicine cabinet.

Because something momentous had just happened to her tonight. Her defenses had dropped away, and the resulting clatter had awakened something inside her—or perhaps it was she who had awakened. In any case, Juliet Weston didn’t feel like herself, which made sense, after all, since she’d just learned she wasn’t who she’d always thought she was.

But the why of this current situation didn’t matter, not when the what was so clear to her. The what—oh, God—was this: With her protective shell gone, she was overcome by a sudden and raging sexual attraction for the naked non-chef standing on her tiled floor, holding her shaking hand. He affected her just that much. Her whole body was trembling in reaction to him.

The man who lived in the guesthouse across the pool. The man who worked for her and who before that had tended to her dying husband.