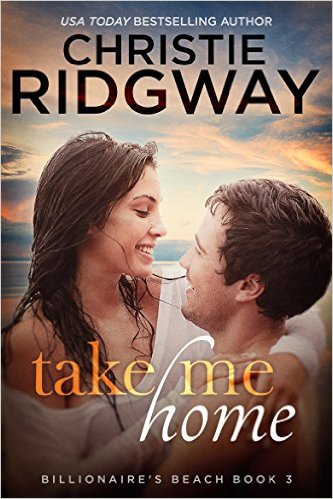 Call it a clan, call it a network, call it a tribe, call it a family. Whatever you call it, whoever you are, you need one.

“It’s my party,” Cassandra Riley told her companions as she wiped a tear from her cheek with the back of her hand. “I’ll cry if I want to.”

The pair on her couch didn’t look up, and the one near the overstuffed chair in her living room continued toying with a small ball of soft yarn. It was left over from the dress Cassandra had made to wear to the celebration-that-wasn’t, and she fingered the mohair-nylon-wool of the crocheted skirt, wishing the April sky would take its cue from the blue color. Stanching another tear, she pressed her nose to the sliding glass door that led to her backyard. Beyond the small pool with its graceful, arching footbridge, the green of the surrounding banana trees, sword ferns, and tropical shrubs looked lush against the dark storm clouds.

The rain hadn’t let up.

And neither had Cassandra’s low mood.

Thirty years old, she thought, feeling more wetness drip off her jaw, and she was all dressed up with no place to go.

That wasn’t strictly true. Three miles away on the Pacific Coast Highway, at her little yarn shop, Malibu & Ewe, the ingredients for a birthday bash were ready and waiting. But a spring deluge had hit overnight and before her landline phone connection had died she’d been informed that the road at the end of her secluded lane was washed out. The narrow driveway beyond her place led to only one other residence.

She wouldn’t be partying over there, even if the owner would let her through the doors. Even if he happened to be inside his bat cave.

Though they’d been lovers for four weeks, he’d dumped her yesterday, hard. She suspected that following their public scene he’d immediately headed for someplace where he could indulge in another of his self-destructive benders without anyone’s interference.

“That means we’re alone, kids,” she said over her shoulder. “Isolated.”

All she’d never wanted by thirty.

She’d made contact with her donor sibling sisters because she wanted the family ties her sperm-inseminated, single mother had always eschewed. Cassandra had forged a real relationship with Nikki and Juliet now, but there was trouble on that front, too.

So here she was, all by herself again. Lonely.

The rain picked up, drumming harder against the roof and all three “kids” jumped. She’d taken them in last year during a torrential storm and they probably remembered what it was like to be wet and muddy and barely clinging to life.

She couldn’t blame the cats for being spooked. Besides being brokenhearted, Cassandra felt a little twitchy herself. She wiggled her toes in her warm down slippers and rubbed her arms to smooth away her chills. Dark was approaching, the weather wasn’t abating, and with the road gone already, she had to be on the lookout for more evidence of mud slides.

Blinking back another round of self-pity, she scrutinized the backyard once more. At the rear was the first of the narrow flights of steps that led to the other house farther up the Malibu canyon. A creek ran through the northern end of the property, very picturesque, but if its banks overflowed, then water would come gushing down those stairs, just like—

She stared at the widening wash of muddy runoff tumbling Slinky-like down the cement steps. This wasn’t good.

This wasn’t supposed to happen on her birthday.

Or ever, for that matter.

Thumping sounds from the direction of her front porch caused her head to jerk around. Floodwaters behind her and what—who was on her porch? Her heart slammed against her chest. The cats jumped to their feet and rushed toward the front door.

Surely only one person could get them moving with such haste. They loved him, though he pretended not to care.

She crossed the room, almost beating the kids in the impromptu footrace. Their tails swished impatiently as she grasped the doorknob, twisted, and pulled.

In the deepening dusk, the visitor was just a dark figure in a sodden raincoat, a wide-brimmed safari-style hat shadowing his face and leaking water at the edges like she’d been leaking tears a few minutes before.

Cassandra’s heart smacked in an erratic, painful rhythm against her breastbone. Yesterday he’d walked away from her and she’d doubted if she’d ever see him again.

The figure pushed aside the open edges of his long coat. The sleeve slid up, reminding her of the bandage he’d wound around his cut wrist just a few weeks before. She knew the skin was healed there now.

His hand appeared pale against the blackness of his clothes. She saw the gleam of something metallic shoved into the waistband of dark jeans.

She’d known he was in a bleak mood yesterday.

But even after the many times she’d rescued him off barroom floors, even after the numerous occasions he’d gone missing for days at a stretch, even after the skydiving and the hang gliding and the dangerous solo kayak ocean voyages, not to mention that walk down the middle of a dark, rainy highway just two nights before, her mind couldn’t fathom . . .

“Gabe?” she whispered, her gaze lifting to the face beneath the hat’s brim. “A gun?”