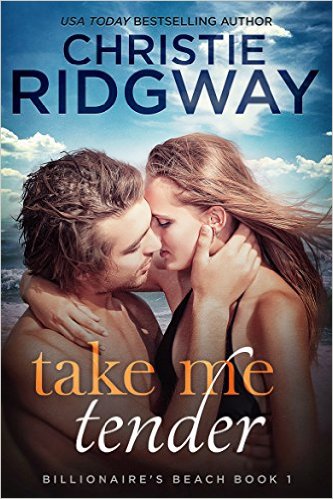 A good cook is like a sorceress who dispenses happiness.

Slowly threading through the tables of the darkened restaurant, Nikki Carmichael refused to let a single tear fall. No, she wasn’t going to cry, though the night’s last entree had been plated and served two hours before and the last patron escorted out the door thirty minutes ago. For the final time, she’d heard the clear-bell clink of the wineglasses greeting their partners as they were slid into their nightly resting place in the rack over the bar. The kitchen’s enormous stock-pots that had simmered broth all through the dinner service were now clean, their steam no longer able to corkscrew the baby hairs that escaped her braids.

Pausing beside a table, she tweaked a white linen napkin already folded in the signature Fleming’s twist, ready for the next day’s dinner rush.

The dinner rush Nikki wouldn’t be here to see, sweat over, or even swear about, as from now on a different sous-chef was responsible for the production of the restaurant’s elegant meals.

Still, she wasn’t going to cry.

After all, she’d been the one to turn in her resignation. And she’d had plenty of time to accustom herself to the idea of leaving the place where she’d worked since cooking school.

Not to mention that she never cried—not since she was fourteen and her father told her at her mother’s funeral that crying was something big girls didn’t do. Don’t let anyone think you’re weak.

At the locked door of the employee break room, with nothing left to do but gather her things and head home, she keyed in the pass code and then pushed it open.

Startled, Nikki took an instinctive step back and felt that familiar, dangerous doughiness in her right knee. Her leg almost gave way, but she gritted her teeth and fought for balance. The small crowd in the room didn’t seem to notice, and then she was being dragged inside.

Colleen, the youngest member of Fleming’s full-time waitstaff, grinned at her. “You didn’t think we were going to let you go quietly, did you?”

Nikki had really hoped so. She didn’t know how much longer she could remain upright on her listing leg.

But slices of the pastry chef’s celebrated Chocolate Can’t Kill You cake were already set on a rolling cart beside champagne glasses filled with bubbly. The dishwashers, grizzled Joe and his baby-faced sidekick, Carlos, passed out forks. Colleen danced around with the champagne.

“To Nikki!” she finally said.

And everyone there, from the bartender, to the waitstaff, to her favorite prep cook who must have made a return trip just for the occasion, echoed the words, their glasses held high. The enthusiastic goodwill surprised Nikki all over again. She’d inherited her keep-your-distance DNA from her dad, so she didn’t get too friendly with people, not even coworkers.

In the convivial atmosphere, though, Nikki did okay through the next few minutes, sipping at the champagne she hoped would work like ibuprofen. Then Colleen asked her about her future plans.

“Do you have your next chef job lined up? You said you had prospects.”

It took a moment for Nikki to clear her throat of her latest swallow and her sudden awkwardness. “Not, um, yet. I’m still, uh, sifting through those prospects.”

The room filled with suggestions. Wearing a polite smile, Nikki listened to each of them. Her excuse for leaving Fleming’s was creative burnout, so their ideas ran the gamut from Japanese to Egyptian to a place that touted a Swiss-Argentinean fusion cuisine.

That last gave her pause. Swiss-Argentinean fusion cuisine. What would that be, exactly? Reuben sandwiches?

After the cake and champagne were consumed, the well-wishers walked her out to her car. She was forced to smooth her gait as she headed across the blacktop, pretending for the crowd she had two completely functional legs. She’d never wanted pity, or worse, the inevitable questions: Why not see a surgeon? Surely some doctor could…? There were reasons that wasn’t going to happen.

Once home, in the smallest rented condo Santa Monica had to offer, she called out, “Fish, I’m back,” then limped about to gather a 32-ounce bag of frozen baby peas and a week’s worth of unopened mail. With a sigh of relief, she perched on the recliner in the living room, setting the envelopes on the small table bearing a lamp, her answering machine, and the goldfish bowl.

Nikki switched on the light to cheer the early A.M. gloom, then tapped the aquarium with her fingertip. “How you doing, Fish?”

In seconds, she’d popped off her cooking clogs and shimmied out of her black-and-white baggy chef’s pants. Sucking in a breath, she stared at her knee. Swollen to the circumference of a summer melon, it throbbed with each one of her heartbeats. She slapped the bag of frozen peas on it, then pushed back on the chair to elevate the aching joint.

“I’ll take the anti-inflammatories before bed, Fish,” she said, glancing over at her finned roommate. Her eye caught on the top envelope in the pile of mail. Her name was written in a beautiful hand and the return address was Malibu, California, the famous seaside enclave just over the Santa Monica Mountains.

Curious, she picked it up. Leaving the hectic, ever-active restaurant business had become a necessity, thanks to her injury, but doing something else besides cooking—well, she wasn’t trained for anything else besides cooking. With a wonky knee and a decidedly private personality, she’d hit on the idea of working in a home kitchen where her work space and her contact with others would be limited.

Nothing had come of it…until now? Her pulse quickened as she tore open the seal—and then it slid back to a slow thud.

This piece of mail wasn’t what she needed. It was an advertisement—granted, a beautiful advertisement—for a yarn shop, address on the Pacific Coast Highway in Malibu.

Join us each Tuesday for

An enclosed brochure showed the exterior of a cottage-styled shop overlooking a golden beach and an endless ocean. Other photos captured the displays of yarn and a cozy, comfortable-looking seating area filled with women chatting and knitting. There was an open spot on a particularly inviting sofa.

Shaking her head, Nikki tossed the papers back on the pile of mail. What she needed was a job, not a hobby.

“And who needs friends, Fish,” she murmured, glancing at the aquarium as she pulled the bands free of her braids and untangled her gold and brown hair, “when I have you?”

With a frown, she noticed his tail sinking southward and used her fingers to spoon him out of the water. Then she wound the tiny screw on his side and tossed him back in, gratified as he whirred around his little pond just as if he was a real, live pet.

He was perfect, wasn’t he? Perfect for her, anyway. She didn’t have a good track record keeping things that lived and breathed. And a twenty-seven-year-old woman with culinary school loans and without a job couldn’t afford to feed another mouth anyway.

“Yes, you are perfect, Fish,” she said aloud.

And she wasn’t going to cry, even though her knee was still throbbing like a bitch.

It was then she noticed the light blinking on her answering machine. Who would be calling? Her parents were dead and her social life was practically nil. Was this something about a job? Her heartbeat picked up again, even as she remembered how disappointing the envelope from Malibu & Ewe had proven to be.

She needed a way to make a buck or she wouldn’t be able to afford the water to fill Fish’s bowl, let alone the rent on her condo.

Crossing the fingers of her right hand, she reached over with her left to press Play. A man’s voice rumbled into the air.

“Yo. Nancy? Nellie? Whatever. Your friend Sandy gave me your number. Said to call. This is Jay Buchanan.”

Nikki crossed the fingers of her other hand. “Fish…” she breathed. Jay Buchanan. Editor for the hip men’s magazine NYFM, L.A.’s man about town, and former employer of her fellow cooking school student Sandy Bivers. For two months, Sandy had worked for him while he wrote a journal-style account of the bachelor joys of having a woman in his kitchen who wasn’t also warming his bed. The attention had garnered Sandy a gig on one of the food channels.

Nikki’s mind flashed on what her fellow chef had told her about the man. Like that yarn shop, Jay Buchanan was a resident of Malibu, and though he was credited with the magazine’s sexist signature tagline, “Men are boys and women are toys,” Sandy claimed the worst thing anyone had ever said about him was that he was born under a lucky star on a sunny day at a Southern California beach.

“I’ve seen him charming water from the devil,” Sandy had gone on to say, “at the same time he was slipping the panties off an angel.” Nikki had caught a glimpse of him herself, in a pictorial layout in NYFM. Leaving a charity function at an L.A. club with a starlet on his arm, he’d appeared both classy and capable. A guy in black tie who looked as if he could make a mixed drink or change a car tire with the same aplomb.

“I need a cook—a chef,” the man was saying now. “Just for August. I’ve got a house guest for the next few weeks and then a big event to host at the end of the month.”

Her heartbeat ratcheted up another notch. Okay, it wasn’t long-term, but it was something, not to mention a likely way to make future contacts. And anyhow, she’d do whatever she had to if it meant cooking and keeping off her knee at the same time.

“If you’re interested, come by tomorrow. Ten A.M.” The address he gave was on the Pacific Coast Highway. “We’ll talk.”

Her gaze flicked to the time. Given the late hour and the traffic she’d likely encounter heading to the beach on a summer morning, if she went to bed now, she’d have enough time to get four hours of sleep. Her knee needed at least seven, but she’d make do.

“Oh, yeah,” the male voice added. “And bring your best batch of cookies.”

Optimism would keep her awake, though, and maybe work as an analgesic as well. “Jay Buchanan, you’re the answer to a prayer,” she said, though still not allowing herself even a single grateful tear. But God, how much she needed—

The chance. Not him.

She might be in a tight spot, but long ago she’d learned the hard way what it was to need a man and she wasn’t about to make that same mistake again.