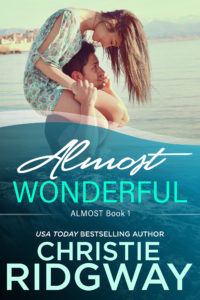 Jane Pearson needs a job and daring war reporter Griffin Lowell needs someone to insist he get to work on his memoir. His literary agent hired the bookish blonde and while Griffin would prefer to hide from his painful memories in drunken beach parties and busty bikini girls, prim and proper Jane is becoming more sultry and sexy—to his eyes—by the day. Maybe she’s the distraction he needs…But Jane has a way of getting what she wants, and soon he’s sharing secrets and then they are trading sizzling kisses. And then…summer nights, a moonlit beach, the sound of waves crashing on the sand, all come together to heal what’s broken and maybe create something entirely new and almost impossible to believe can come true—a happy-ever-after. 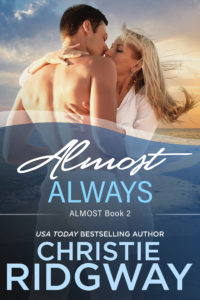 Meg Alexander has temporarily—and reluctantly—returned to her home of Crescent Cove, California. Last time she’d been on this beach she’d called herself Starr and saw only bright skies ahead. Then tragedy struck and she’d run from all that was familiar, the happy-go-lucky girl becoming a sadder-but-wiser woman. Now family obligations have brought her back and she’s determined to make it through the month with grit and grace. She only falters when one day she looks up—and loses her breath.Caleb McCall has never forgotten the summer he spent at Crescent Cove and the beautiful girl who’d laughed and played there. Eager for a break from his workaholic ways, he rents one of the surfside bungalows and discovers his landlady is none other than the one woman who has never faded from his memory. Clearly, though, Meg is wary and even their instant chemistry doesn’t let down her guard. But Caleb has learned there’s no time like the present to grab the opportunities life presents, so he’s willing to fight for what he wants…the total surrender of Meg’s heart. 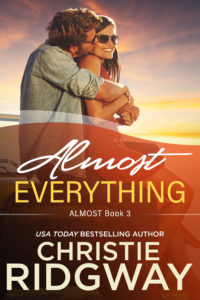 Layla Parker travels to Crescent Cove to meet the soldier who tried to save her father in battle. Her dad’s final request was for her to enjoy a month of sun, sand, and fun along with the handsome combat medic, Vance Smith. Despite her sadness, she’s determined to follow through.Vance is flummoxed when he meets the full-grown daughter of his fallen officer. He’d expected a little girl. But a promise is a promise, and it gets harder by the day to resist the charms of the beautiful woman who threatens the safety of his scarred heart. But he’s honor-bound not to touch her…right? Except there’s the beautiful beach and the beautiful woman and the promise of a beautiful future…all a man could want if only he chose to risk everything. 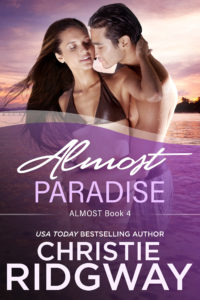 Return to beautiful Crescent Cove in the fourth installment in this sexy, tender series…

Photojournalist and die-hard wanderer Gage Lowell plans a little R & R in Crescent Cove, the place of idyllic childhood summers. Beach House No. 9 seems like a great place to relax after his latest harrowing adventure and he plans to surprise old friend and current pen pal, Skye Alexander, who manages the beachside properties. Though the last time they’d met in person they’d been kids, her communications over the years have kept him in touch…and sometimes saved him from his dark demons. But upon arrival, Skye doesn’t seem all that happy to make his re-acquaintance…

Skye knows it’s nuts not to be eager to spend time with the hard-bodied, ultra-sexy Gage. But it’s clear he sees her as just a friend and she might be thinking of him in a little more…uh, intimate terms. And then there’s the subject of secrets. Clearly he’s holding one back and she has them of her own. But the way he smiles at her…then the way he kisses her…can she open herself up to him in order to discover just how close to Paradise the two of them might come?