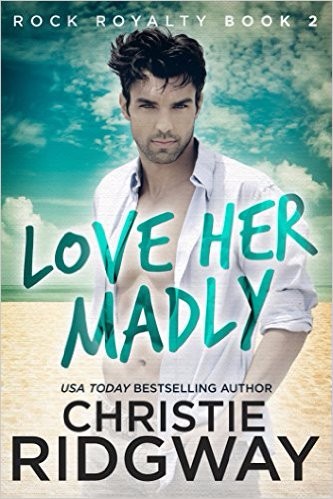 The fascinators were the final straw.

Alexa Alessio’s fingers curled into fists just thinking of the miniature hats as she marched out her back door and practically leaped over the waist-high fence to her neighbor’s rear yard. Her strides ate up the well-trimmed lawn and she let herself into the kitchen, her temper as hot as dragon fire.

The door shut with a near-silent snick behind her and she forced herself to a halt, even though every impulse demanded she return to the family bridal shop and do damage to her spoiled, sneaky, thieving cousin. But Alexa was the calm cousin, the super-serene Alessio, and she was here to get control before she did something completely out of character.

Feel to the marrow. Love like there’s no tomorrow. Those lines, painted on the wall of the bridal salon, were the family motto. Alexa had always considered the words dangerous ones to live by and did her best to keep her moods and emotions on an even keel. Common sense and past disappointments predicted that white-hot passion could only lead to getting burned.

But today she’d been sorely tried, which was why venting to her best friend seemed a good plan. So here she was, in Brody’s kitchen, and she was going to let off steam in hopes that this boiling rage would finally cool.

The man was standing with his back to her, examining the contents of his refrigerator. She opened her mouth to speak—okay, spew—but then it closed and she blinked, for the first time in an hour seeing beyond red.

Of course, as her running partner, she often saw him half-naked. But this time, with him in a pair of royal blue nylon shorts and nothing else but his Nikes, he…

She knew he had a great body. At six-two and whatever poundage was required to have broad shoulders, a strong back, lean waist, and well-developed arms and legs, he was virility wrapped in golden flesh. This was nothing new to her.

Except… This little flutter in her belly was new. The weird tingle at her hairline was new. She’d never looked at Brody and realized her tongue was tied and her blood was running too fast and her skin was prickling beneath her clothes.

That response was reserved for—never mind.

It had to be temper.

It was time to tamp it down.

Half-turning, she stalked to one of the windows and stopped by the round, two-top table positioned there. “If I lose it, will you post bail?”

She must have startled him. “Sorry, I thought you heard me come in,” she said, staring out the window at the sky. Wasn’t blue supposed to be a calming color? “It’s Drea.”

“She’s gone so far as to pinch the design for my fascinators.” Her ire flashed hot again and her fingernails dug into her palms.

Brody wouldn’t know a fascinator if it bit him on his fine ass. “They’re little hats,” she explained. “I was sixteen years old when I planned my wedding and I sketched exactly what I wanted for the bridal party. Now she’s taken my old drawing and insists Nona make them up for her and the bridesmaids.”

“Yeah, well, the family’s in the wedding gown business, right? Of course I was designing clothes for the event before I’d even been allowed on a date.” Outside, a mockingbird swooped, the white of its underwings reminding her of the feathers her grandmother would use on the bride’s hat. Her back teeth ground together.

“Didn’t anyone point out…?”

“That those were my idea? Of course not. Drea can do no wrong, you know that.” A year before, her cousin had spent three months in the hospital, battling an infection that had nearly taken her life. “Even though she’s completely well now, not a single person in the family will stand up to her.”

Alexa rubbed her forehead. Of course she was glad her cousin was healthy again. But Drea had been self-centered before her illness and her near-death experience hadn’t made her any more angelic.

“Lex. Is this really about—”

“No.” She shook her head, not wanting to go there. “Maybe if I wasn’t in the bridal party, I could ignore all this. But Drea just had to have all the Alessio girl cousins as her bridesmaids. Mama and Nona couldn’t fathom why I’d think of refusing.”

Alexa closed her eyes. “How am I going to do it?” It was a whine, and she hated whiners, but if any situation ever called for it… “What if I…I lose it and start screaming in the church?”

She opened her eyes. “A greeny-yellow,” she said, gazing out at the side yard in search of an example. “I’ll look like an under-ripe lemon.” Her voice lowered. “To go with my sour mood.”

“Lex…” There might have been an undertone of sympathy in his voice.

“Should someone talk to—”

“No one can talk to anybody about this. I don’t want a single person besides you and me to know I’m upset in the slightest.” Wouldn’t that be humiliating?

All along, her plan had been to attend the event unescorted. That way, she could escape from the reception ASAP. But now she was having second thoughts. She still didn’t want a date date, but a buddy, a pal, a confidant who could be relied upon to yank her back from the brink of disaster…or from doing damage to the woman wearing a white fascinator…

“You’ve got to go with me,” she said in a rush. “To all the stupid pre-events and on the big day itself. Just to make sure I don’t do harm to myself or…or others.”

“Maybe Nico needs a solid punch in the face,” her best friend muttered.

Alexa’s stomach pitched. Nico. “It’s not about him.” That she’d gone away one weekend, engaged to the Italian Stallion that was the man of her family’s dreams only to come home to find her fiancé had hooked up with her cousin and that they were already talking of marriage…

She swung around, even more certain what she needed. “You have to come with me,” she declared. “Promise you will, Bro—” The rest of her best friend’s name stuck in her throat. She stared at the man in the kitchen with her, at his tall frame, his bare chest, his familiar features.

He was turned toward her now, with his nearly-black hair tumbling messily over his forehead. His brows were straight slashes framing his vividly blue eyes and their spiky, thick lashes. His nose was straight, his jaw square, and the tiny hint of a dimple in his chin didn’t provide even a dash of boyishness to his astounding good looks. He was all hard-edged, darkly intense male.

Her gaze dropped to the carved-out curves of his pecs and abdominals. A fist-sized sun was tattooed on the skin over his ribcage. The orb of it was yellow, with red flames snaking and swirling from its perimeter, reminding her of Medusa’s hair.

Just like described in the legend, staring at that tattoo turned Alexa into stone, even as a new burn crawled over her flesh.

Because this wasn’t Brody she’d been talking to. She was face-to-face with his twin brother, Bing.

Who wasn’t her friend. He was something else altogether, so much something else that she tried to avoid him when she could and always avoided looking directly at him.