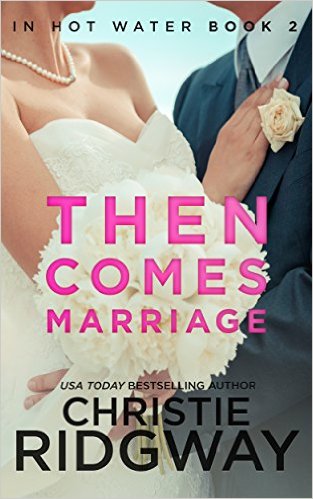 Humming “Here Comes the Bride” to bolster her flagging spirits, Honor Witherspoon marched toward the emphatically closed gate in the twelve-foot-high rock wall surrounding the home of her brand-new husband.

There was some doubt in her mind that he would let her in.

Honor blamed that doubt on the grim set to the groom’s hard mouth and the icy green of his eyes during the brief ceremony at the courthouse that morning. Or maybe it was because of his obvious impatience with the county clerk, who then took her time faxing the proof of marriage Honor’s father had required.

Certainly the doubt’s seed had flowered when Honor had volunteered to retrieve her belongings from her small rented cottage alone. So as not to inconvenience her husband any further, she’d explained at her most charming. If she’d expected him to politely insist he accompany her (and she had), then his instant grunt of agreement would have rendered immediate disappointment—except that she refused to acknowledge so negative an emotion.

However, if she’d known her car would choose this afternoon to have a cardiac arrest, she would most certainly have demanded his escort, or at the very least she would have worn flat shoes and blue jeans. But lacking psychic powers or mechanical know-how, she was left to make the trek from disabled vehicle to isolated destination in sandals suited only for starring in Vogue layouts and Rodeo Drive window displays.

Every time she planted a foot, her three-inch spiked heel wriggled as it tried to find purchase in the thin layer of dusty needles and candy-corn-colored leaves that had fallen from the pines, maples, and sycamores lining the long private drive. With every step the monogrammed tapestry suitcases she gripped in each fist swung awkwardly as she tried to prevent their overpacked weight from creasing the elegant yet understated Oscar de la Renta shift she’d selected as post-wedding wear.

Not until every little piggy was squealing in pain did Honor at last reach the unwelcoming, still-closed gate. She dropped her luggage in a puddle of shade and flexed her cramped and sweaty palms. Then she hooked a pinkie over her wraparound sunglasses and slid them off to study the button an arm’s reach away. It was nearly hidden in the rockwork beside the gate, which was twenty fierce-looking feet of peeled logs lashed tightly together with iron bands. She presumed pressing the button would alert Bram Bennett to her arrival at the house the locals had nicknamed—very aptly, it seemed—the “Fortress.”

Honor dropped her sunglasses atop a suitcase to reach for the tea-sandwich-sized purse slung bandolier style across her breasts. No reason not to take a few minutes and undo some of the damage done by the early October warmth, she told herself. It wasn’t stalling, or anything cowardly like that.

But then she hesitated, wondering if her new husband’s obsession with security didn’t mean cameras installed at his gate. Thinking that it probably did, she snapped the purse shut.

No, it was dumb, she thought, answering her own question. Her new husband didn’t give a flying fig whether Honor looked presentable, pretty, or outright ugly. Her father had forced them to wed.

As she made herself step up to the button, she smothered a small pang of regret. Though she’d harbored the usual white-lace-and-promises wedding fantasy, in the grand scheme of life’s thunderbolts an unwanted marriage wasn’t that bad. Eventually her father would see reason and allow them to dissolve it. Until then, she would convince her husband to look on the bright side of the situation as she did: It was an interesting way to make a new acquaintance.

Without further hesitation, she punched the button with a freshly French-manicured nail. Nothing happened.

Accustomed to the uncooperation of anything electrical, she released a short sigh and poked the button once more. Still nothing happened. Honor huffed a second time.

Then, from the bushy undergrowth nearby, came a loud rustle.

Her heart bucked hard. The rustle sounded again—someone was moving up behind her! Pulse accelerating to freeway speed, she whirled to confront—

The panic dissipated slowly. Too slowly. Annoyed with herself, Honor spun back and plucked off a sandal, giving it a last chance to prove worthy of its designer price tag—she used the painful thing to whack the balking button.

Something rumbled, soft but deep.

Honor’s heart tripped again, but then she realized the noise was the sound of the gate sliding open. In the time that it took for her to step back into her sandal, though, the contraption of peeled logs lurched off its track and abruptly stopped, leaving an opening of eight askew inches.

Shaking her head, she stepped to it and squeezed through. Quick impressions bombarded her: more trees and a winding stream; a rustic house of rock and logs, its Daniel Boone-style fashioned on a Paul Bunyan scale. Then, over the cheery gurgle of that stream splashing over stones, came a deep, threatening growl.